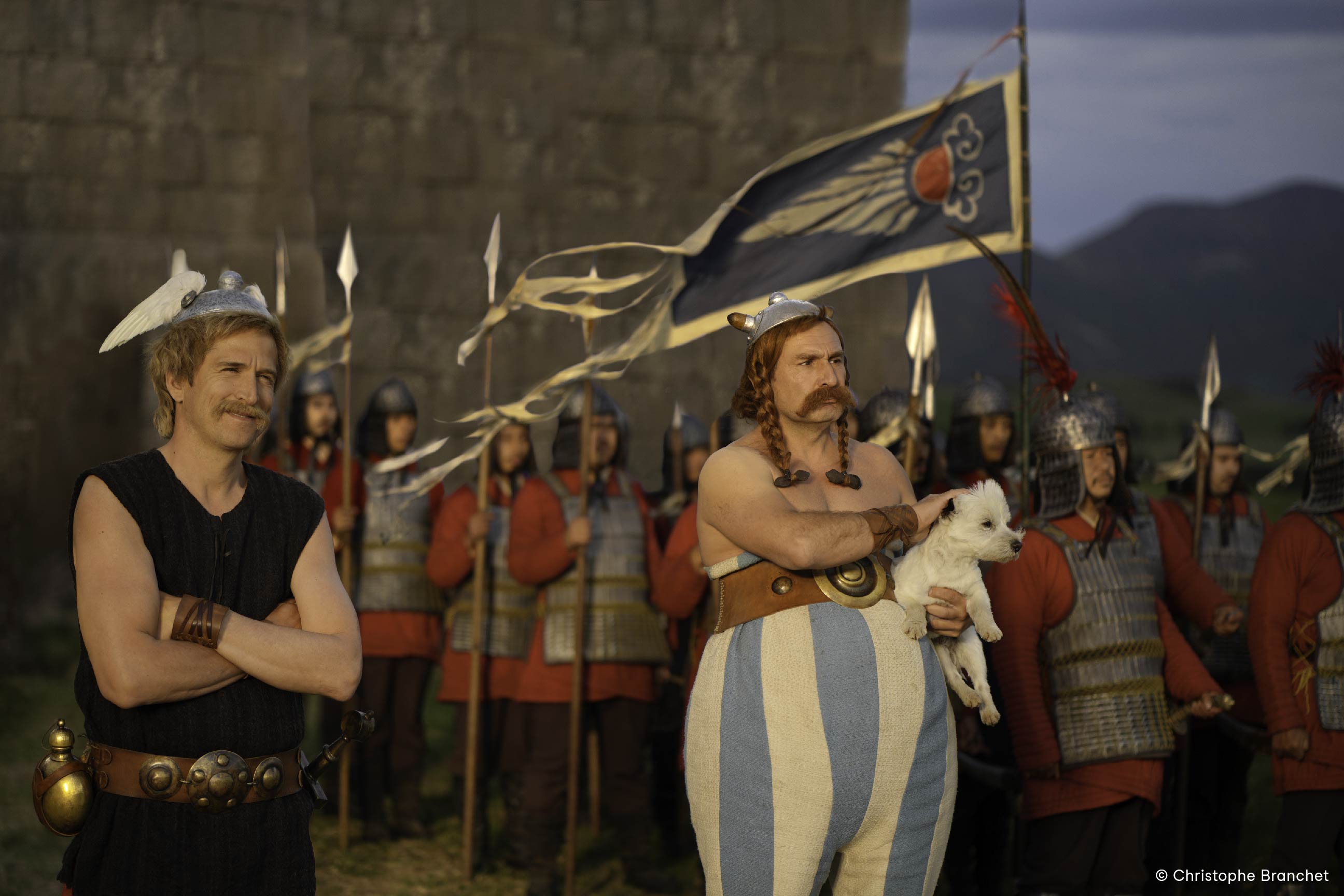 We give the public access to national and international award-winning films and produce our own feature films, TV shows and live entertainment with the most talented filmmakers and creators in the Benelux. Our slate is growing fast - we produce up to 25 theatrical releases and 20 game releases a year. 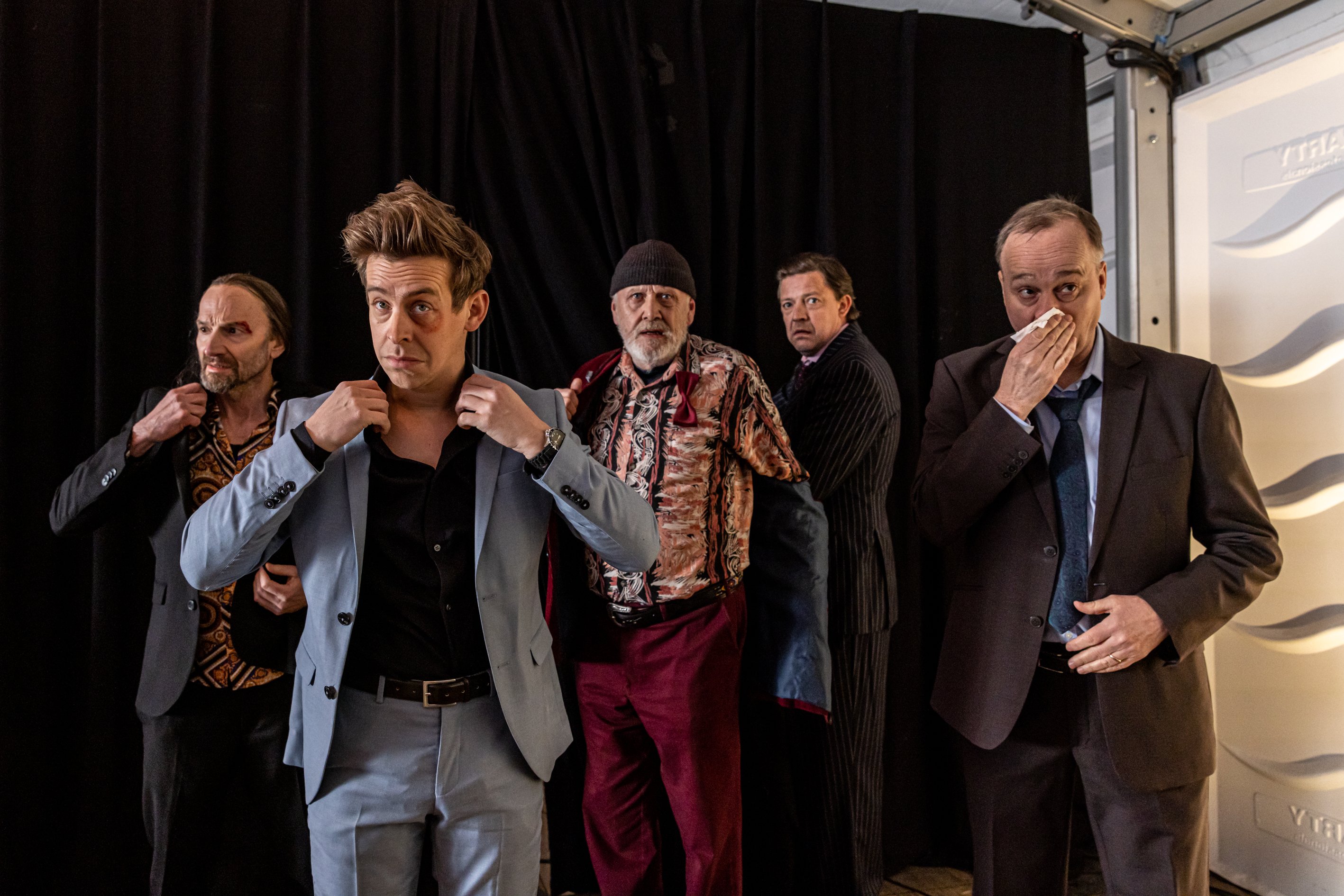 Over the past 5 years, Just Entertainment has brought a large number of national and international films to Dutch and Belgian cinemas, bringing more than 10 million fans to the theatres. We appeal to a broad (family-oriented) audience with a combination of live action and animation.

We continuously work on compiling an attractive content library of films and TV series, which we offer to TV channels and streaming platforms. (We also release them on DVD.)

The games department develops and produces original board games based on popular IP formats. Our catalogue currently consists of 45 different titles.

In addition to audiovisual productions, Just Entertainment is also a producer of live entertainment. In 2016, we brought the Disney musical Beauty and the Beast to Flanders. This was followed in 2017 by The Little Mermaid with the largest LED wall ever seen in Belgium. It is our intention to also bring international live entertainment productions to the Netherlands and Belgium in the future. 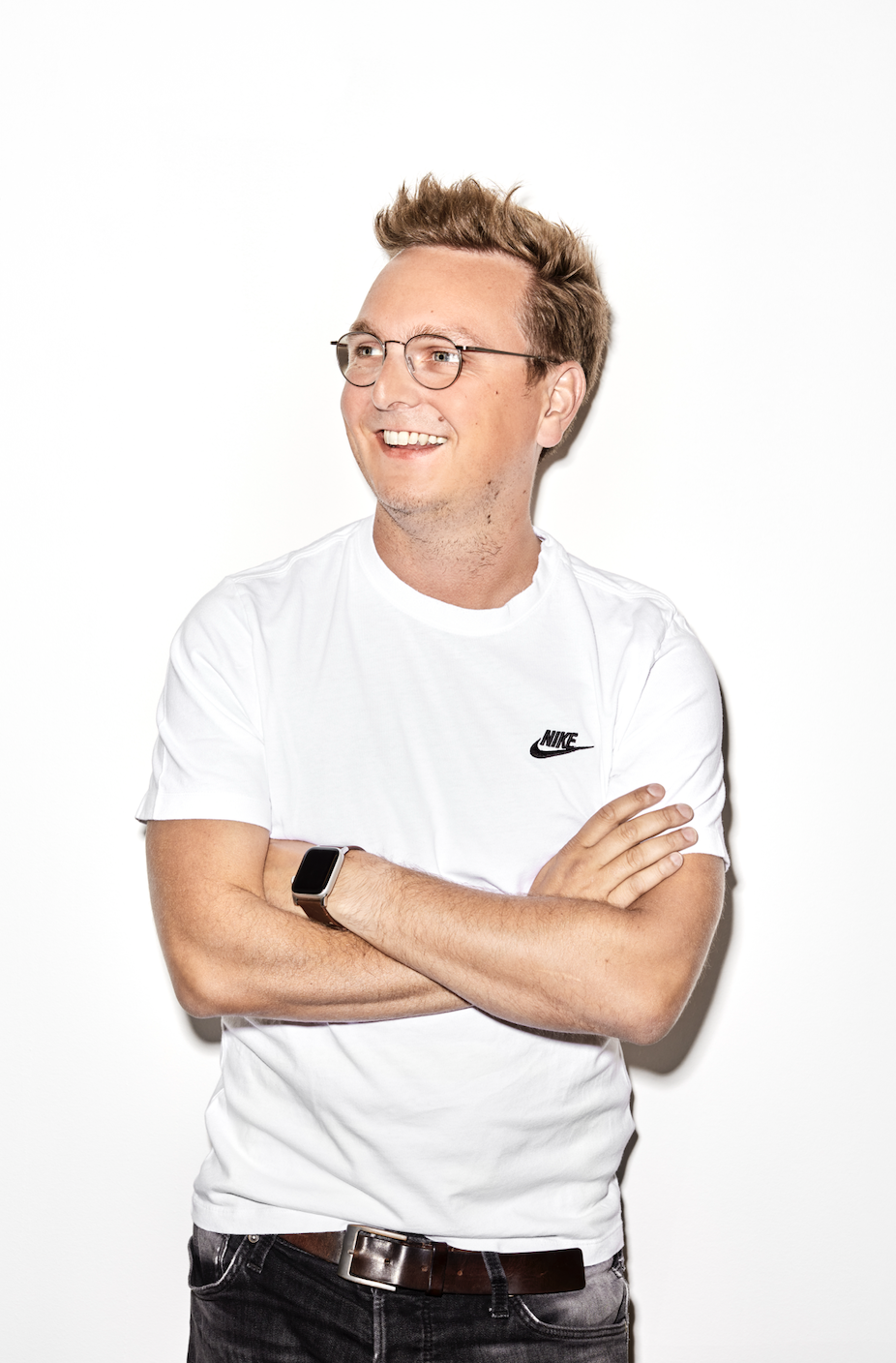 About the 'war on attention', great entrepreneurial adventures and why making memories is ultimately the only thing that really matters in life.

An interview with Yoshi Aesaert, CEO of Just Entertainment, about the future of the company.

Yoshi, thanks for your time. Let’s dive straight into it! This company has a name all about entertainment - curious what your view is on the state of entertainment?‍

Great first question. I’ll have to give a multi-faceted response. If you zoom in on distribution specifically, entertainment has never been more complicated. We’re coming from an era - and this is something almost impossible to imagine anymore - of limited amounts of content. There was lineair TV, with a limited number of channels. The internet didn’t offer great amounts of content and then there were cinemas and rentals. Quite an easy market for a distributor to move into because you knew there would always be demand for cinema. Today couldn’t be more different… Almost everyone in the world has at least 2 ‘all you can eat’ streamer subscriptions, lots of people still have television and YouTube moved away from cat videos and became a serious competitor to all of the above. And that’s not to mention social networks like TikTok and Instagram. It’s a total war out there.

“There’s a war on attention and it’s
not an easy fight I can tell you.”

What is it we’re fighting for in this war?
‍Attention. Demand is limited, not because people don’t want great content, but literally because there’s only 24 hours in a day. If you sleep 7 and work 8, that leaves 9 hours in which you need to do everything. That leaves a couple of hours per day for which the entire Hollywood, Silicon Valley, TV world, podcasting industry and film distributors are fighting. That’s not an easy fight I can tell you.

Yeah, easy to imagine. So how do you stand out then?
At some point, a while ago, we took a step back, reflecting on what it is we do and what the future holds for Just Entertainment. The first conclusion was a bit grim; this war on attention had turned mankind into an overstimulated species who are now navigating their way through a world filled with content that is often mediocre.

Instead, we think life is about creating memories. And the strongest of memories are created together. Taking your new boyfriend to the movies, having a drink and playing board games with some friends on a rainy autumn night. Those fairly simple things are often the most meaningful moments. So we decided to focus on creating those memories.

“Instead, we think life is about creating memories.”

It sounds like you’re almost looking at ‘memories’ as your product?
‍Not almost. Memories ultimately are our product. The next step was to think about how those memories are to be designed. In our business this first and foremost is a matter of acquiring the right content to distribute and producing the right content yourself. Which sounds pretty simple. But it’s not. Because when you’ve acquired the right content, you still have to fight the war on attention when you distribute and activate it. And that’s where we found our differentiator.

So what is that special sauce?
‍A couple of years ago I realized that to compete at the highest level we need a broader set of skills. Having vast amounts of experience in the field of distribution is one thing, but in today's landscape the real competitive advantage is how you activate the content and what you produce yourself. Our marketing teams therefore should really make the difference. They should think out of the box and create next level campaigns leveraging the newest developments in marketing to activate our stories in unprecedented ways. We therefore started building Punch, a full-width group of companies that each are exceptionally talented specialists in their respective fields ranging from production to distribution to activation. It’s a growing set of companies that truly multiply each other.

‍
Can you explain how that impacts Just Entertainment?
‍The key for Just Entertainment still is to identify the best stories in the world. That hasn’t changed. So we roam the globe visiting film festivals, trade fairs, talking to producers, reading scripts, meeting talent, etcetera. Where we leverage our access to all of Punch’s companies is after we have found these stories, but before we acquire them. First, we mirror potential stories or board games to a data-informed cultural calendar. Meaning, when are they releasing, we ask; is this a relevant moment from a marketing perspective? Which brands will be active in those moments and do any of them have a brand fit? Then we use the incredible pace of Punch to come up with initial ideas to stress test if we can find relevant angles that enable us to turn these stories into brand universes, activated in a truly 360 manner. If the conclusion is hell yeah and we can turn this into a brand universe, we finalize the deal and acquire it. At that point both us and the producer of the story will be reassured that the deal will be good.

“A couple of years ago I realized that to compete at the highest level we need a broader set of skills.”

It’s like you’re minimizing risk.
‍Working this way, we definitely decrease the risk in an acquisition, but there’s still a risk. It wouldn’t be fun otherwise. It’s entrepreneurship - it’s no fun if everything works! Simultaneously, at this point, a couple of years after we acquired Just Entertainment, I couldn’t be more confident about its future. It’s like we ran a marathon to iron out every flaw the company had. Today we are ready to go big!

Additionally, to fully embody our proposition of creating memories, we’re focussing on live entertainment. Acquiring Mamma Mia! The musical has been a huge breakthrough step for us. And generally, the process of acquiring top notch content has become smoother than it was before because our credentials are simply much stronger.

We’re really noticing our brand universes methodology increasingly lands with producers, and it makes all the difference. The final step we’re taking is to ramp up our own productions. In 2025 we’re aiming to release 10 local productions. Not sure of course if we’ll succeed but there I said it!

‍They say when you say it out loud you manifest it right?
Exactly. If we’re all about creating memories and want to compete at the highest level, we should be creating entrepreneurial memories too. And the first step indeed is to be ambitious and say it out loud!

Thanks Yoshi
You're more than welcome.

“We’re really noticing our brand universes
methodology increasingly lands with producers,
and it makes all the difference.”