100.000 visitors for The Big Sinterklaasmovie - Trouble in Spain 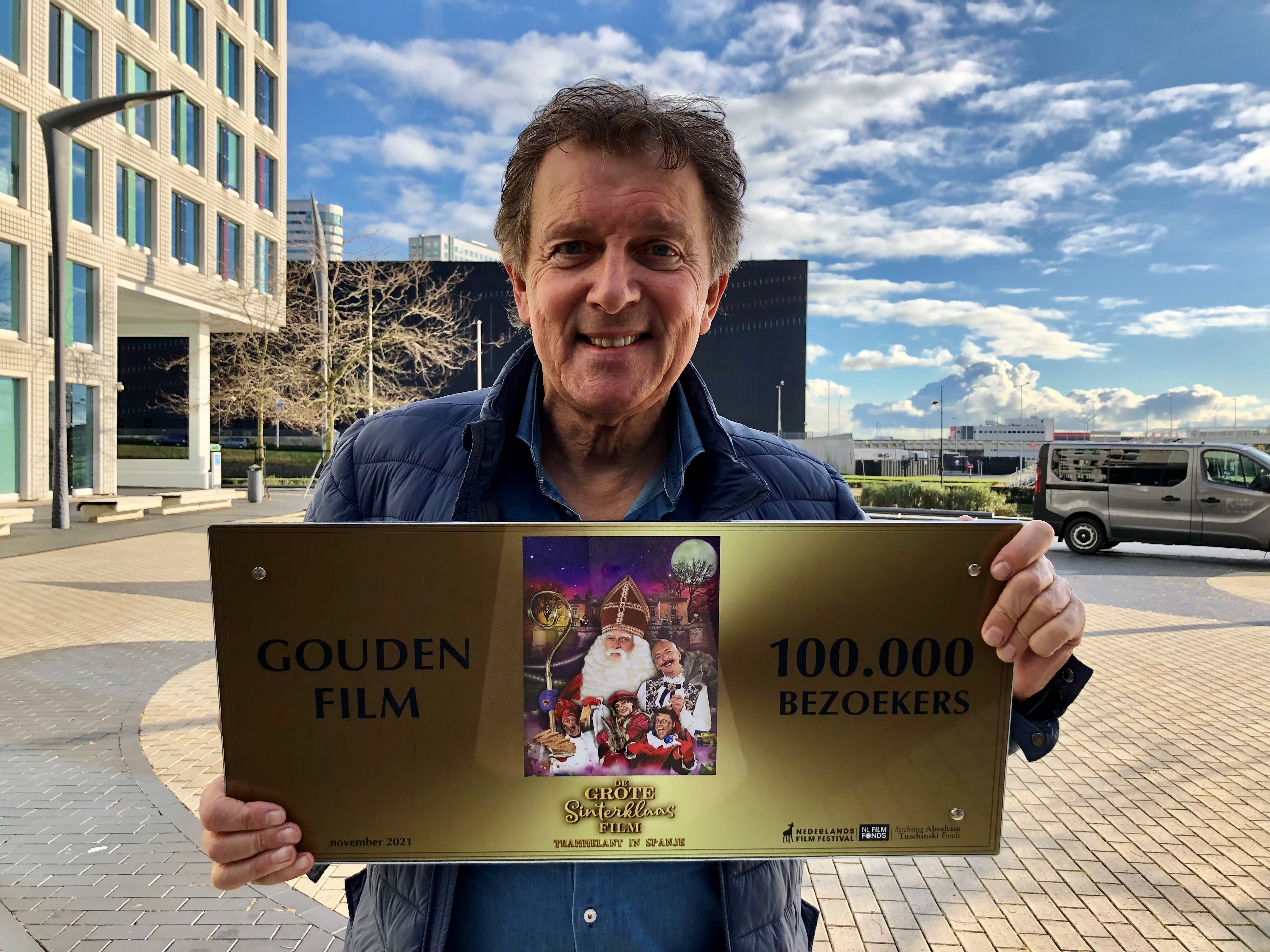 The Big Sinterklaasmovie – Trouble in Spain is already the most successful Sinterklaas movie of this year! Our beloved saint isn’t even in the country yet, but already 100.000 people saw the funny family movie in the cinema in the first four weeks after release. With that accomplishment the movie reaches it’s golden status and is now called a ‘Golden Movie’. Director Lucio Messercola surprised main actors Robert ten Brink en Martien Meiland with the golden reward. The Golden Movie award is an initiative of the Dutch Film Festival and is supported by the Dutch Film Fund and Abraham Tuschinski Fund.

When the crooks Mammie and Stan are released from prison, they decide to take revenge on Sinterklaas. Because after all he was the reason they were in prison. They travel to Spain to make sure that Sinterklaas and his Pieten can't come to The Netherlands. When the Pieten discover that all the windows and doors are locked and also the phones aren't working, they panick. Now they can't go to The Netherlands! Will Sinterklaas en his Pieten be able to get to the Netherlands in time or will Mammie and Stan outsmart them?