Go on an adventure in Efteling with The Vos family expedition 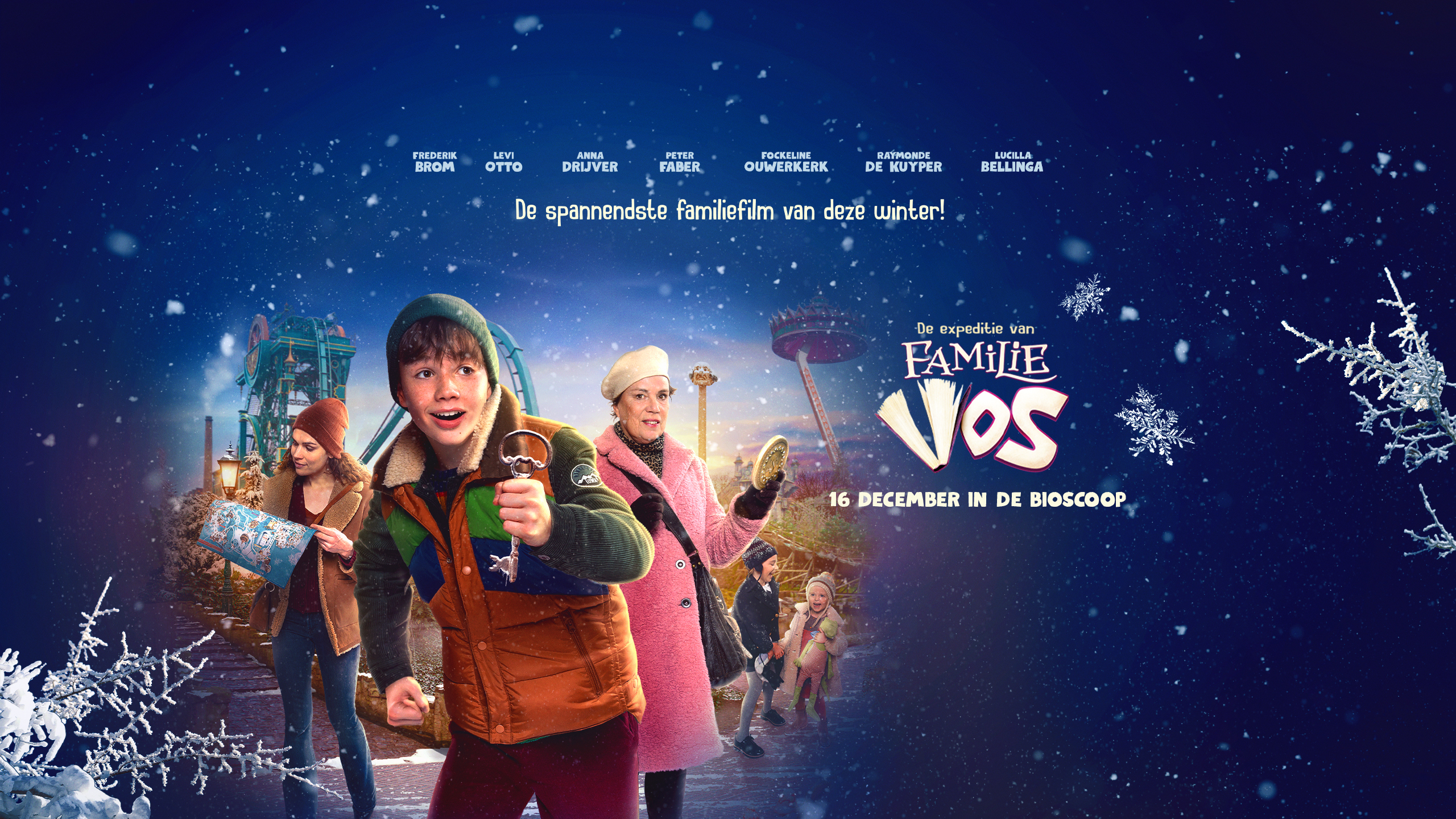 Just Film Distribution and Messercola Drama will release the adventurous family film De expeditie of the Vos family in the cinema on 16 December.

Today they proudly present the official trailer for the film. The expedition of the Vos family takes place in the Efteling and takes you on an exciting quest for a special fairytale book. The leading roles are played by Levi Otto, Raymonde de Kuyper (Mees Kees), Anna Drijver (Undercover, Loft), Fockeline Ouwerkerk (Moordvrouw, De 12 van Schouwendam) and Frederik Brom (Familie Kruys, Sinterklaasjournaal).

When the Vos family arrives in Efteling for an annual weekend together, eleven-year-old Teun (Levi Otto) discovers that his recently deceased grandfather, whom he misses very much, has left one last quest for him. Although most adults think this is nonsense, Teun and his special aunt Ada (Raymonde de Kuyper) go on an exciting expedition through the amusement park to find out exactly what his grandfather has hidden from him. Teun finds out that it is about grandfather's very precious fairytale book. But Teun and Ada are not the only ones who are after the book; a mysterious figure bothers them wherever he can. Will they manage to find the book in time and thus also keep the Vos family together?