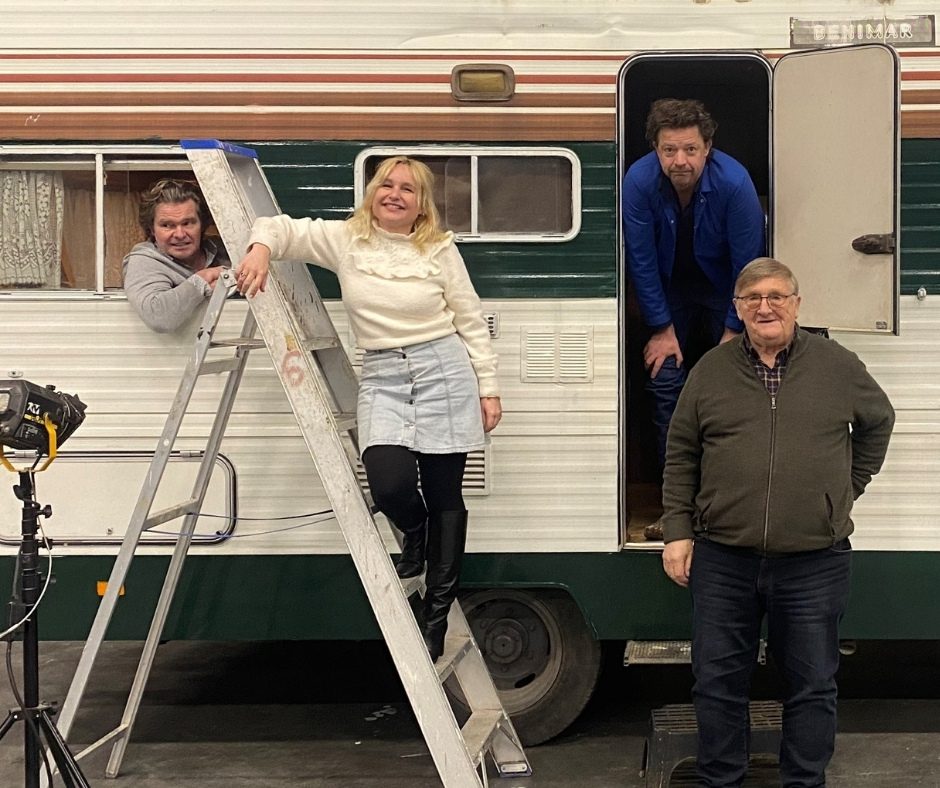 After five successful seasons on television, the flemish comedy series "De Zonen van Van As" is getting a second life on the big screen. Today in Tremelo, the shooting of the feature film about the famous characters of Frans Van As and his sons starts.

Jaak Van Assche, who plays head of the family and building contractor Frans Van As, is very enthusiastic: "It will be a strong film with spectacular action and an exciting story that will reach a wide audience. The entire team is extra motivated to make this movie a success." Besides Jaak Van Assche, the complete main cast is present for the film: Carry Goossens, Ben Segers, Peter Van den Eede, Peter Thyssen, Rilke Eyckermans, Tania Kloek, Jonas Van Geel, Wouter Bruneel and Maaike Cafmeyer. In addition to them, other surprising names are popping up that will be communicated later.

After a stroke, the now very elderly founder Frans Van As (Jaak Van Assche) was forced to slow down and hand over his ground and demolition works company "Van As NV" permanently to his granddaughter Linde (Rilke Eyckermans) and her husband Dick (Ben Segers). They make good money and even become the local main sponsor of a prestigious cyclocross race. When a fire started the day before the event and causes considerable damage and a long delay in the planning, Frans thinks that a jealous competitor is trying to sabotage his granddaughter and looses it. The patriarch of the family hoists himself from his armchair to eliminate the bad guy like a true Clint Eastwood. On the evening before the event, the cause of all the mischief appears to lie in a very surprising corner... When the cross threatens to turn into a real battle, (almost) all Van As members join forces in an attempt to avert fate in time and to save the honour of the company and the family.

Most of the filming took place in Tremelo over the course of 26 days. The screenplay was written by Johan Heselmans and Dirk Thys and directed by Thomas De Cock. Thomas previously directed the series 'David', "De Zonen van Van As" (in 2017 and 2018) and 'Gina and Chantal'. "De Zonen van Van As - de film" is a production of RV Productions. The film is produced with support from the Belgian federal government's tax shelter measure and will be distributed in Belgian cinemas by film distributor Just Entertainment in the fall of 2022.

De Zonen van Van As - de film: an action comedy made of pure Flemish clay (and a lot of mud).