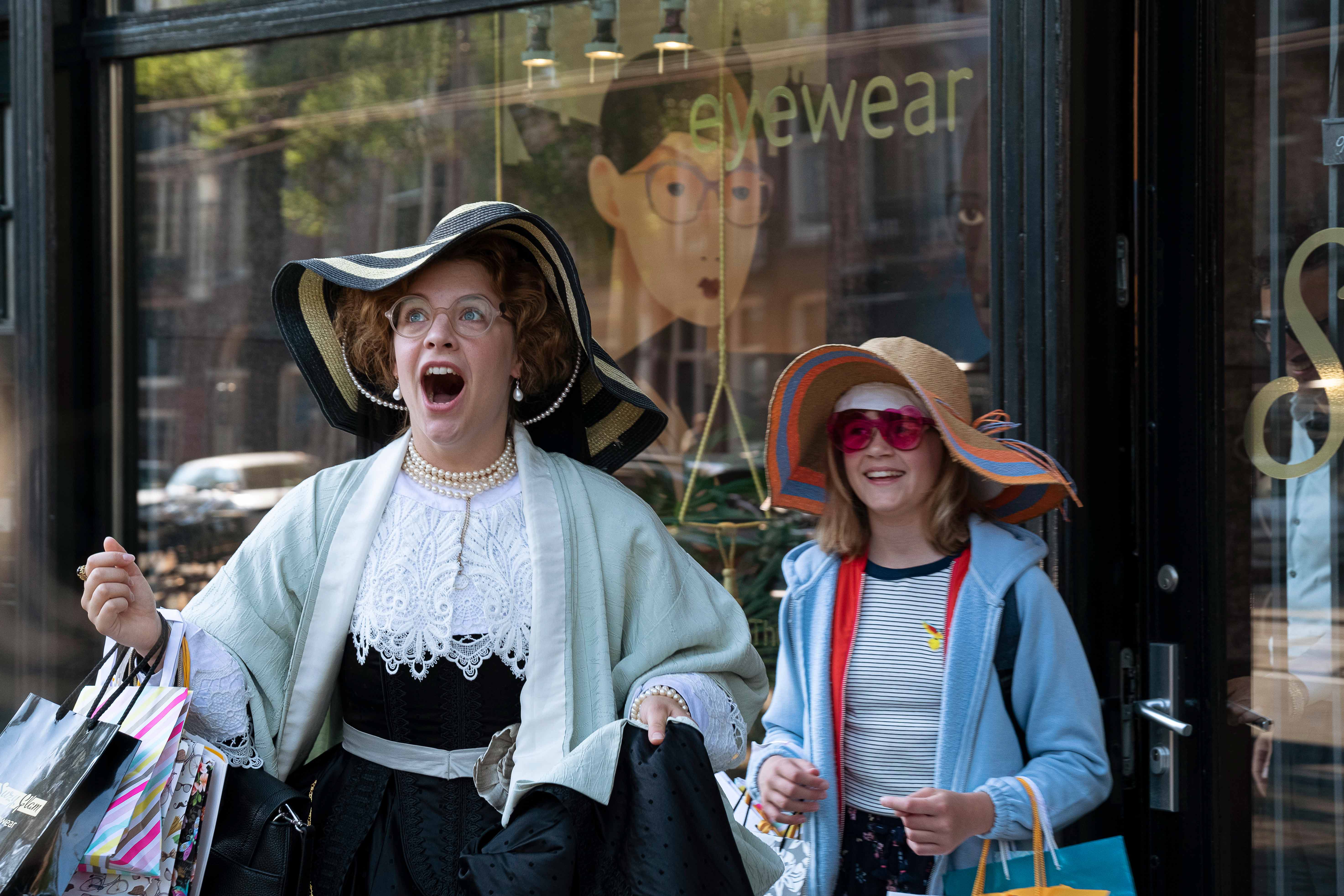 The multi-talented Sterre Koning, known for the Junior Eurovision Song Contest (2016), The Voice Kids (2018), the film Whitestar and her book 'STERRE: Why wait until you grow up later ?!' (2019), is making waves as singer, presenter, actress and influencer for years on the road. In addition, she is followed online by her a total of more than 600,000 fans. She sings the catchy title song of the adventurous BFF film Jackie en Oopjen, which can be seen in Dutch cinemas from 14 October. The hilarious film begins with a special meeting in the Rijksmuseum, where Oopjen steps out of Rembrandt's famous painting and comes to life. Jackie decides to help Oopjen on a special quest. Jackie and Oopjen develop a special friendship and even become BFFs. Together they experience hilarious moments, but they also encounter the necessary obstacles. The catchy English title song GIRLS can now be heard!

Sterre: “When I got a call from the filmmakers of Jackie and Oopjen, I couldn't wait to go into the studio. GIRLS is a cheerful song about friendship and enjoying life and fits very well with the film. In the clip, which, like the film, was shot in the heart of Amsterdam, Nina Houston and Remix can also be seen. Girl power! ”

GIRLS 'music is written by Alex van Dijk and international producer Albert Harvey, who previously worked with artists such as David Guetta, Armin van Buuren and Iggy Azelea. The lyrics were written by Sophie Simmons, the daughter of singer and bass player Gene Simmons (KISS). The catchy Jackie and Oopjen title song "GIRLS" is available from today through various streaming services: http://SterreKoning.lnk.to/Girls.

JACKIE AND OOPJEN | Can be seen in theaters from 14 October

12-year-old Jackie (Frouke Verheijde) is a regular at the Rijksmuseum. Her mother Mouna (Karina Smulders) works there as a curator. When the famous Rembrandt paintings by Marten Soolmans and Oopjen Coppit are exhibited, something wonderful happens. As Jackie walks past their portraits after hours, Oopjen's (Sarah Bannier) eyes follow her. Jackie thought she was just imagining it, but this turns out not to be the case. Suddenly Oopjen stands in front of her, but Jackie doesn't want to hear from her. She thinks it is a costumed actress. But it soon becomes clear that Oopjen is telling the truth. She stepped out of the painting because she thought J ackie was Aeltje, the sister she has lost for years. When Oopjen realizes her mistake, she is distraught. But the tough Jackie has a big heart and she's used to solving everyone's problems. She secretly takes Oopjen home so they can look for the painting of the lost sister together. But how is she ever going to hide those otherworldly Oopjen from her mother? And how does Oopjen return to the painting? The answer to all this can be seen from October 14 in the cheerful family film Jackieen Oopjen.

GIRLS is released by Cloud 9 Music.