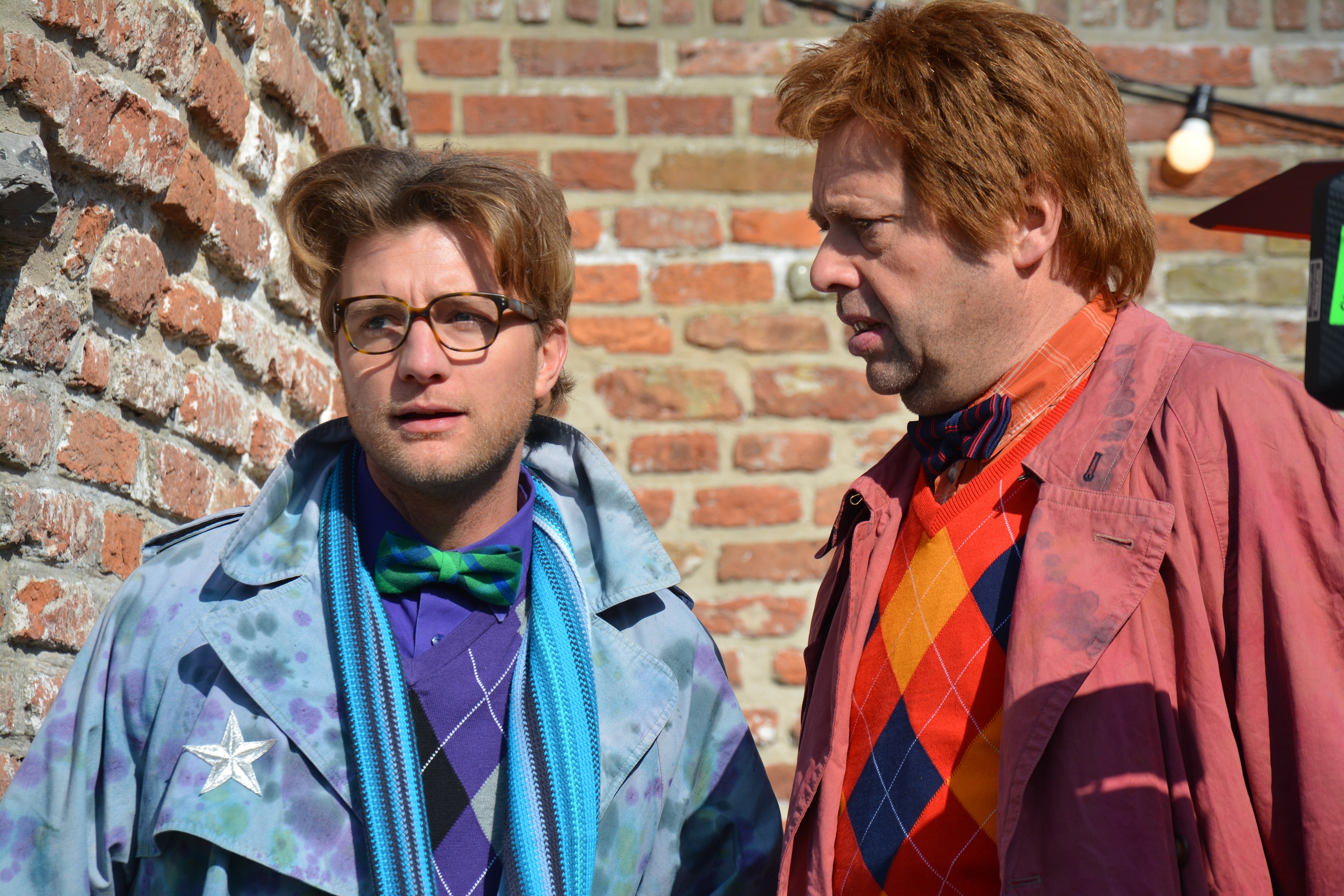 Jan Versteegh and Richard Groenendijk will be shining this fall in the new movie: DE GROTE SINTERKLAASFILM – GESPUIS IN DE SPEELGOEDKLUIS. This news was announced by Just Entertainment and Messercola today. In this new adventure we’re also seeing some familiar faces such as Robert ten Brink (counselor to Sinterklaas) and Martien Meiland. The movie takes place in the area around Leerdam. The recordings have started this week and De Grote Sinterklaasfilm – Gespuis in de speelgoedkluis will be playing in cinemas from the 5th of October 2022.

In the new musical familymovie De Grote Sinterklaasfilm – Gespuis inde speelgoedkluis Sinterklaas gives Hugo Hogepief (Chris Tates) the most important job of keeping the keyring save, which gives access to the toysafe where are the presents are stored. A big disaster appears when the brothers Mats (Jan Versteegh) and Peer (Richard Groenendijk) hear about this news. Fortunately all our other favourite characters come to the rescue: Party Piet Pablo (Okke Verberk), Marco Marsepein (Giovanni Caminita), Bennie Taaitaai (Joshua Albano),Kim Cadeau (Sara Robben), Paco Post (Wes Mutsaars), Willem Wortel (Stef de Reuver) and the newest member, Chico Choco (Noah Huijgen). Will they succeed in keeping the presents out of the hands of the brothers?

Jan Versteegh about his role: ‘’I hope my daughters still believe after this movie. In their father I mean, as a bad guys. I am extremely proud that they will see me shine next to Sinterklaas.’’

Richard Groenendijk says the following: ‘’It is fun to play the bad guy sometimes. And I’m also Jan Versteegh his twin brother. That’s gonna be some hard acting for me. Haha!

The previous movies were a big success and in 2021 the movie had more than 200.000 visitors in the cinema. And that made it the most successful Sinterklaas movie of the year. Just as last year the movie will be full of jokes and also a lot of new energetic songs. Fun for young and old!

About the makers Messercola is a young and dynamic production company, founded from a huge passion for storytelling. Since the founding in 2011 Messercola has build quite an versatile portfolio with movies and dramashows for diverse audiences. The portfolio contains among other things NPO shows as ‘La Famiglia’, De vloek van manege Pegasus’ and 'Infantilio'. Messercola is one of the mostactive and high-profile production company at the moment thanks to successful movies such as ‘De brief voor Sinterklaas’, ‘De Grote Sinterklaasfilm’, ‘De expeditie van familie Vos’ en ‘Casa Coco’.