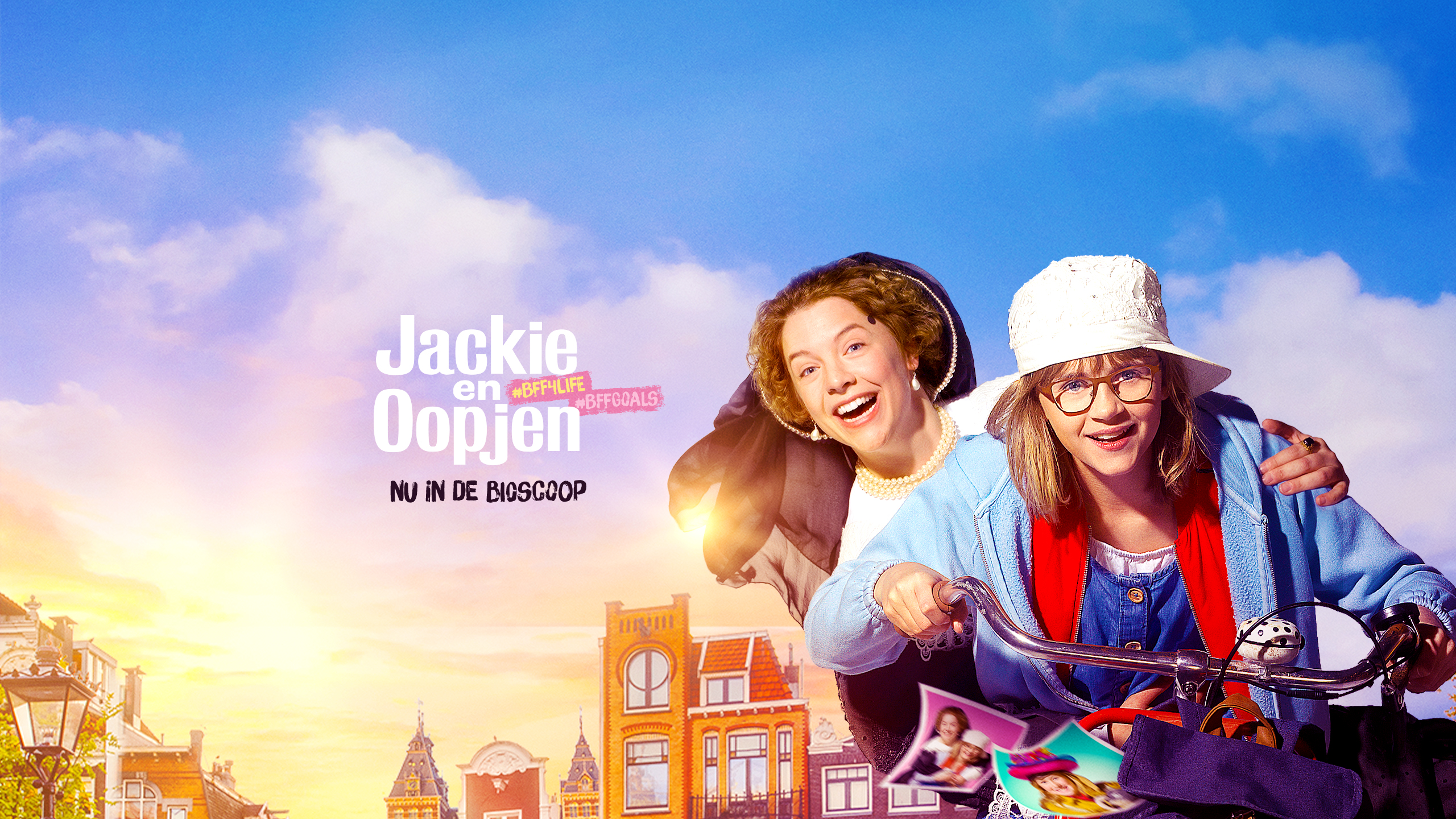 Just Film Distribution, Column Film and Fiction Valley are proud to announce that Jackie and Oopjen (from director Annemarie van de Mond) is the winner of the Cinekid Golden Lion for Best Dutch Children's Film. Jackie and Oopjen was selected for the competition along with ten other films.

The prize was awarded last Wednesday to protagonists Frouke Verheijde (Jackie) and Sarah Bannier (Oopjen), the award ceremony could be followed via a live stream. The film won the Heart-on Award (Beyond the Boundary Feature) at the Busan International Kids and Youth Film Festival in South Korea earlier this year and is competing in many other competitions. Jackie and Oopjen begins with a special meeting in the Rijksmuseum, where Oopjen steps out of Rembrandt's famous painting and comes to life. Jackie decides to help Oopjen on a special quest. Jackie and Oopjen develop a special friendship and even become BFFs. Together they experience hilarious moments, but they also encounter the necessary obstacles. Experience the unique friendship of Jackie and Oopjen now in the cinema.

From the jury report:

Jackie en Oopjen is a very original, compelling, funny and exciting youth film about an impossible friendship between the Amsterdam girl Jackie and the Oopjen painted by Rembrandt. The film is visible with a lot of love, care and attention. The story is portrayed credibly and the performances of the entire cast are very strong. In summary: a top film for the whole family, where you never get bored.

Director Annemarie van de Mond is very happy with the prize: “For me this prize is an ode to friendship, imagination and cheerfulness; very welcome at this time! "

JACKIE AND OOPJEN | can now be seen in the cinema

12-year-old Jackie (Frouke Verheijde) is a regular at the Rijksmuseum. Her mother Mouna (Karina Smulders) works there as a curator. When the famous Rembrandt paintings by Marten Soolmans and Oopjen Coppit are exhibited, something wonderful happens. When Jackie walks past their portraits after hours, Oopjen's (Sarah Bannier) eyes follow her. Jackie thought she was just imagining it, but this turns out not to be the case. Suddenly Oopjen is in front of her, but Jackie doesn't want to hear from her. She thinks it is a costumed actress. But it soon becomes clear that Oopjen is telling the truth. She stepped out of the painting because she thought that Jackie was Aeltje, the sister she has lost for years. When Oopjen realizes her mistake she is distraught. But the tough Jackie has a big heart and she's used to solving everyone's problems. She secretly takes Oopjen home so they can look for the painting of the lost sister together. But how is she ever going to hide those unworldly Oopjen from her mother? And how does Oopjen return to the painting? The answer to all this can be seen from October 14 in the cheerful family film Jackie en Oopjen.